Ziwa Rhino Sanctuary proudly harbors Uganda’s wild endangered rhinos. It is situated in Nakasongola District, near Nakitoma Village, in the north of Kampala along Kampala – Gulu highway approximately 180km by road; it covers around 7,000ha (70 sq km). It takes about 3 hours to drive there; this is about half way of the journey to murchison falls national park and is accessed at only $50 for foreign non residents and 30000 for East Africans.

Because of the political instabilities that occurred in the 1970’s, most of Uganda’s wildlife protected areas experienced an intense illegal hunting which led acute reduction of not only rhinos but also other big game like the elephants. White Rhinos existed in murchison falls national park and kidepo valley national park before the terror in Northern Uganda. The last Rhino is believed to have been poached in Uganda’s wilderness in 1982 and in 2005, these endangered mammals were re-introduced with an intention that they will be re-introduced back to national parks for them to survive once more.

If you want a complete “big five” experiences in Uganda, the Ziwa Rhino Sanctuary is the only place for tourists to add in their itinerary. it is also a popular combination for visitors interested in chimps. Rhinos feature as the second biggest species of mammals on land after elephants and they got their names from two Greek words Rhinos denoting nose and ceros meaning horn.

These exceptional species of mammals come in five distinct species with two found in Africa and they include the Black and White Rhinos both featuring a pair of horns and always viewed in East and South African nations. The other three Rhino species are Asian type including the Indian also popular as the Great one horned rhinoceros primarily viewed in specific areas of India and Nepal. Also there is Javan rhino normally inhabited in Indonesia and Vietnam and both of them have one horn. The 5th category is Sumatran that can be sighted in Malaysia and Indonesia and they have two horns.

A trek to view these stunning mammals is the most thrilling experience worth exploring in Uganda. South Africa’s Northwest parks and Tourism Board donated in 2011, about 6 females. Ever since the re-introduction of these extra-ordinary mammals, Uganda is now proud to be a home to more than 20 members. The first Rhinos were given by Kenya (4) and 2 (two) from United States.

The white rhinos are natural gift in Uganda, they are monitored and patrolled by Rhino Fund Uganda’s rangers who are well trained and armed to ensure that they are protected and also collect data. Besides, there are also other wildlife species including the 26 species of mammals, the thickets and woodlands protect wildlife species like Uganda Kobs, Bushbuck, Pangolin, the Reed bucks, Rich bucks, Colobus and Vervet monkeys, Mongoose and others. The swamp area features Hippos, Crocodiles and numerous water species. other activities:

Birding tours: The sanctuary is home to over 350 bird species and birders can have a full or half day time of birding either on a guided nature walk or on boat. You will be guided by experienced guides spotting Blue spotted doves and Shoebill storks.

Nature walks: These can take a half day or full day as you hike through the sanctuary where you will spot animals like the oribis, reed bucks, grey duikers, bush bucks, hartebeests, monkeys, butterflies and monitor lizards.

Shoebill Stork and canoe ride: Head out on an early morning canoe ride in the adjacent swamp, to see this prehistoric looking bird and enjoy a beautiful sunrise over the Lugogo Swamp. The sanctuary has over 35 professional rangers all available to give you a memorable experience. The other white rhinos (2) are at Uganda Wildlife Education centre. The sanctuary can be accessed on a one day safari from Kampala or 3 days to Murchison falls or Kibale National parks.

Book your trip with us. 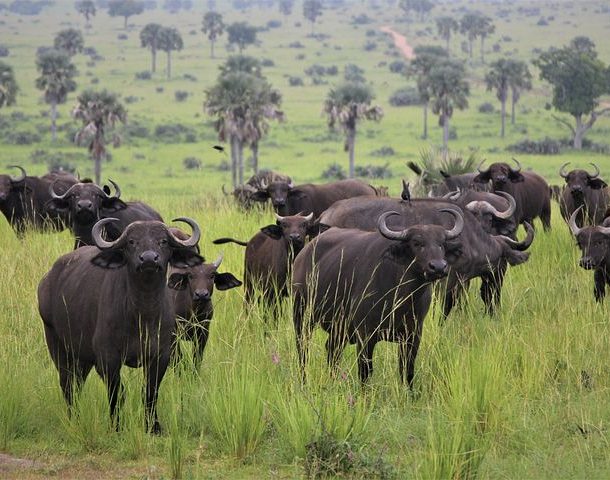 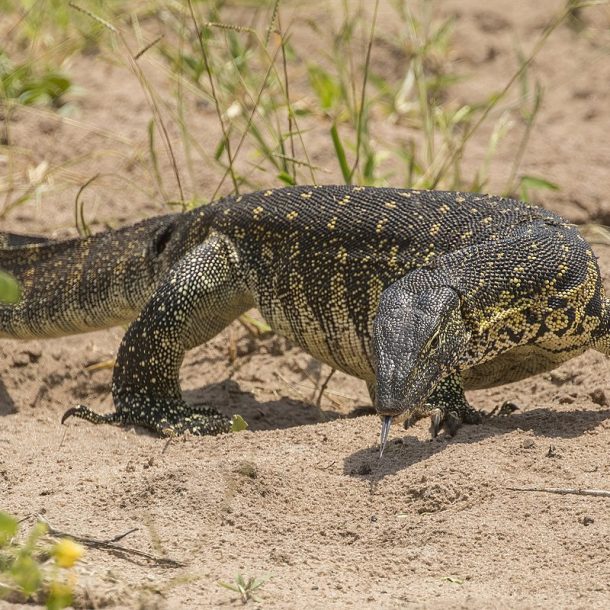