What is a monitor lizard?

Monitor lizards are a family of lizards that contain some of the largest species of lizards in the world. They can be of various sizes but are characterized by long necks and tails, well-defined limbs, and an elongated body.

monitor lizards are native to Africa, Asia, and Oceania, and one species is also found in the Americas as an invasive species. About 80 species are recognized. They are robust creatures, with powerful limbs for digging, powerful jaws and blunt, peglike teeth. The skin coloration pattern varies according to the local habitat substrate. They are usually dark grey with lighter tan or yellowish patterns. The body scales are large, usually less than 100 scales around midbody, a partly laterally compressed tail with a double dorsal ridge and nostrils equidistant from the eyes and An adult length of extant species ranges from 20 cm (7.9 in) in some species, to over 3 m. Most monitor species are terrestrial but arboreal and semi aquatic monitors are also known. while most of them are carnivorus, eating eggs, smaller reptiles, fish,birds, insects and smaller mammals, some also eat fruits and vegetation depending on where they live. The young monitor lizards eat invertebrates. When they become adults, they start to eat vertebrates. Some of the largest species of Monitor lizards, like the Komodo dragon prey on deers. Deers make up 50% of their diet. Three species living in the Philippines, which live in trees, mainly eat fruits.

Although normally solitary, groups as large as 25 individuals are common in ecosystems with limited water sources.

The group of monitor lizards maintains a vast territory. They remain active throughout the day in their territory and prey on mammals and other small reptiles. monitor lizards lay 7-37 eggs. They cover the eggs with soil or hide the eggs in the hollow of tree stumps. Monitor lizards are characterised by moving quickly and powerfully in persuit of prey. They run at a speed of up to 28 miles per hour. Isn’t that amazing? no wonder they always have something to eat. most lizards do possess glands that secrete venom. While the monitor uses its venom to kill its small preys (symptoms include rapid swelling, drop in blood pressure, and blood clot inhibition), it has a relatively mild effect on humans.

Nile monitors, a large member of the monitor lizard’s family, live in Sub-Saharan Africa and along the Nile. It is also called the African small-grain lizard and iguana.

Nile monitors are carnivores. These monitors are well-adapted for an aquatic lifestyle. They can climb trees and quickly run on land. A number of these lizards can be seen at sambiya river lodge just close to your cottage. They do visit the lodge.

For the largest species of these lizards, the main predator is humans. Some types of monitors are hunted by humans for their skin in the leather trade. The only exception to this is the Komodo dragon, which has rough and rugged skin not suitable for leather. In uganda the skin is used for making drums that is Engalabi afamous instrument amongst the Baganda adorminant tribe in East Africa. They are also hunted for food and traditional medicine as well as international pet trade.

for more, leave a question in the comment section. 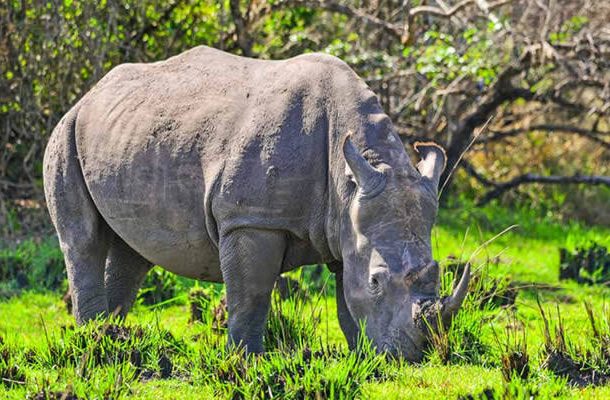 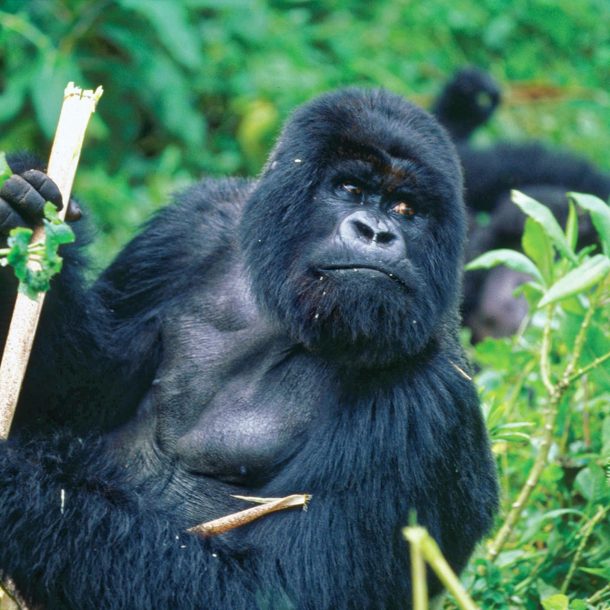 Why you should trek gorillas in Uganda.
Next Article